1st September 2017
You want a squid-faced monster pirate? Well then, click “See More” below and we’ll talk about this brand new wrestler!

Showboating to the crowd, this pirate captain knows how good he is, even if his outfit could use a little pizazz (I mean, barnacles are so last season).

Straight out of the gate we can see from his stats that he’s a great all-round wrestler, with only a single Copper dice in there, and a nice Gold+1 for GRP means he can lift even the biggest enemies! The biggest draw though is his surprising turn of speed, with 5MP and 5AP, that puts him up there with a bunch of the WEIGHT 1 wrestlers in regards to what he can get done in one round!

As for special abilities, let’s address them in order of how great their names are.

Tsunami Clothes Line (6/10 name) is a great Rope Ability that affords a really easy and cheap way to gain the Knockdown special rule in your team. For only 2AP (out of 5 total remember!) you can get a 3 Silver attack to Knockdown your opponents. That’s a great start.

Depth Charge (8/10 name) really conjures up the image of this Turnbuckle Ability! With an amazing 2 Gold attack, this ability deals 2 Damage to every enemy in base contact. While not as powerful as a WEIGHT 3 wrestler like the Ogre, this is still a great move if you can get a lot of enemies in the right place. And for only 3AP, Captain Keelhaul can perform it at the drop of a (pirate) hat!

Alright, it’s a Grapple Ability that does 3 Damage for 3AP, and has the almighty -2AP special rule, absolutely crippling your opponent for the next round. And with a successful Crowd Pleaser, it gains the Fury special rule too, for added insult!

Well, that’s a solid wrestler! I don’t think Captain Keelhaul excels in any one area, but has no real weaknesses either. He brings -2AP, Knockdown, and Devastating to the ring too, which are three of the best special rules in the game. And 5AP! That’s massive. The ability to do more than almost any other wrestler (including Superstars) in one turn is invaluable.

Of course, every wrestler does have a weakness, and Captain Keelhaul’s is probably his GRP. It’s a really reliable 1G+1, but it only has a maximum score of 5. On a bad dice roll, you can easily overcome that if you’re fighting against him. Send in a dedicated grappler (like Lumberjacked or Mythos) and hope for high rolls!

You can use Captain Keelhaul in almost any team and feel the benefit, but he performs best when working with wrestlers that don’t have out and out offensive special abilities. The Cryptborn Nightmares are a perfect match, and The Furry Fury can really benefit from a solid all-rounder like Keelhaul.

Don’t forget, Rumblefans – Captain Keelhaul and all the other wrestlers from this wave are on sale today! Pick them up on the TTCombat webstore, or pop on down to your local gaming store!

We’ll be back next week to talk about the rest of the new Superstars! 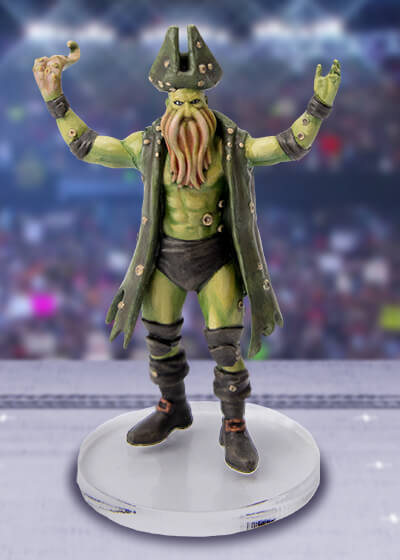 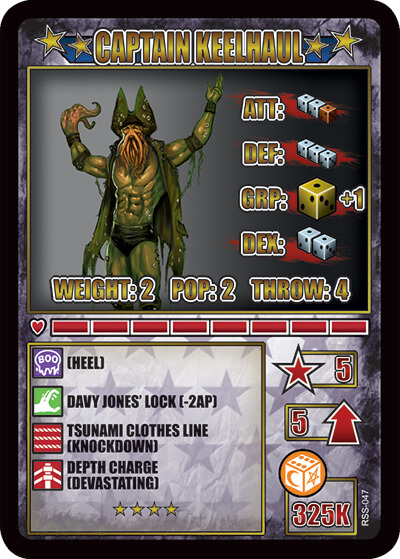 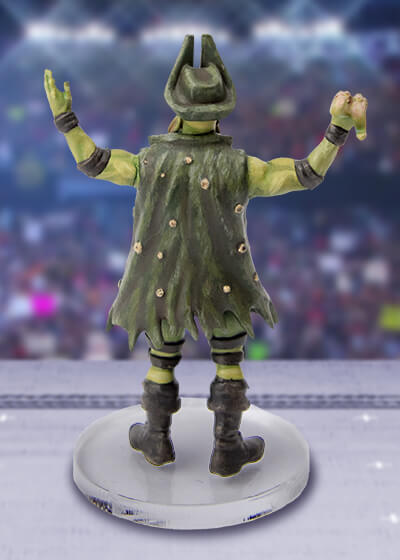