8th September 2017
Our final wrestler for this wave of releases has my favourite name out of all of the wrestlers. It’s the Dilomite Kid! Woooooo!

Alright, what does this pint-sized prehistoric wrestler do? We’ve had some really great Superstars recently with loads of Gold and Silver dice and amazing skills, so why should you spend your hard-earned Dosh on this minuscule lizard?

Well, he doesn’t have all those silvers and golds being floated around here. He’s not as fast as some of the wrestlers we’ve seen. He doesn’t hit as hard either. But he does have an AMAZING NAME! Hahahaha! It’s so good!

Alright alright alright. He’s got brilliant DEX, surprisingly reliable DEF (it’s that scaly skin), and a lovely 5AP and 5MP. Plus, those special abilities bring in Rocket and Knockdown respectively, so there’s a lot to recommend him there.

Mudslide is his Rope Ability which can send him across the entire ring and deliver Shove 2 to mess with your opponents. I recommend shoving them into the turnbuckle!

Dino Dunk is a solid skill, trading up 1 Silver ATT dice for a Gold one, and delivering a nice 3 Damage with Knockdown too. That’s a very useful skill that only costs 3AP.

But I’m skirting around the true reason to shell out 275K on Dilomite Kid, and that’s his Spit Attack. For 1AP, you pick an enemy wrestler within 5 squares. That wrestler must make a 3+ DEX roll, or they become Dazed. For a measly 1AP, that’s a lot of Dazed being thrown around! It’s not the most reliable of moves though, but that’s where this dino’s Crowd Pleaser comes in!

A successful Crowd Pleaser augments the Spit Attack until the end of Dilomite Kid’s next activation. It causes it to do 1 Damage and it also gains the Bleeding special rule. So that’s a potential 1 Damage, -1AP, -1MP, Knockdown, and Bleeding, all from a 1AP attack that you can use at long range! That’s so good! There are practically zero long ranged attacks in RUMBLESLAM (that don’t involve you climbing a turnbuckle first), so that puts the tactical flexibility of this little nipper off the charts!

Now of course, Dilomite Kid isn’t the strongest of wrestlers. With only 5 Stamina and fairly middling DEF and GRP, he’s easy to KO. He’ll struggle on his own if unsupported, and is best used at a distance, spitting away at your foes. Watch out for fast wrestlers with a decent GRP or strong ATT, as even a single well-placed special ability can KO him in a single hit. Keep him protected!

Speaking of which, he works well with The Cold Bloods as they are fast and hardy enough to protect him. He also pairs well with The Timber Fists, as those Sprites can heal him back up to full Stamina over and over. For a real trick, combine him with Ice or Statesman, keeping them close so Dilomite Kid gains the full benefits of their bodyguard abilities, offsetting his main weakness and giving you an amazing wrestler for a very small amount of Dosh! 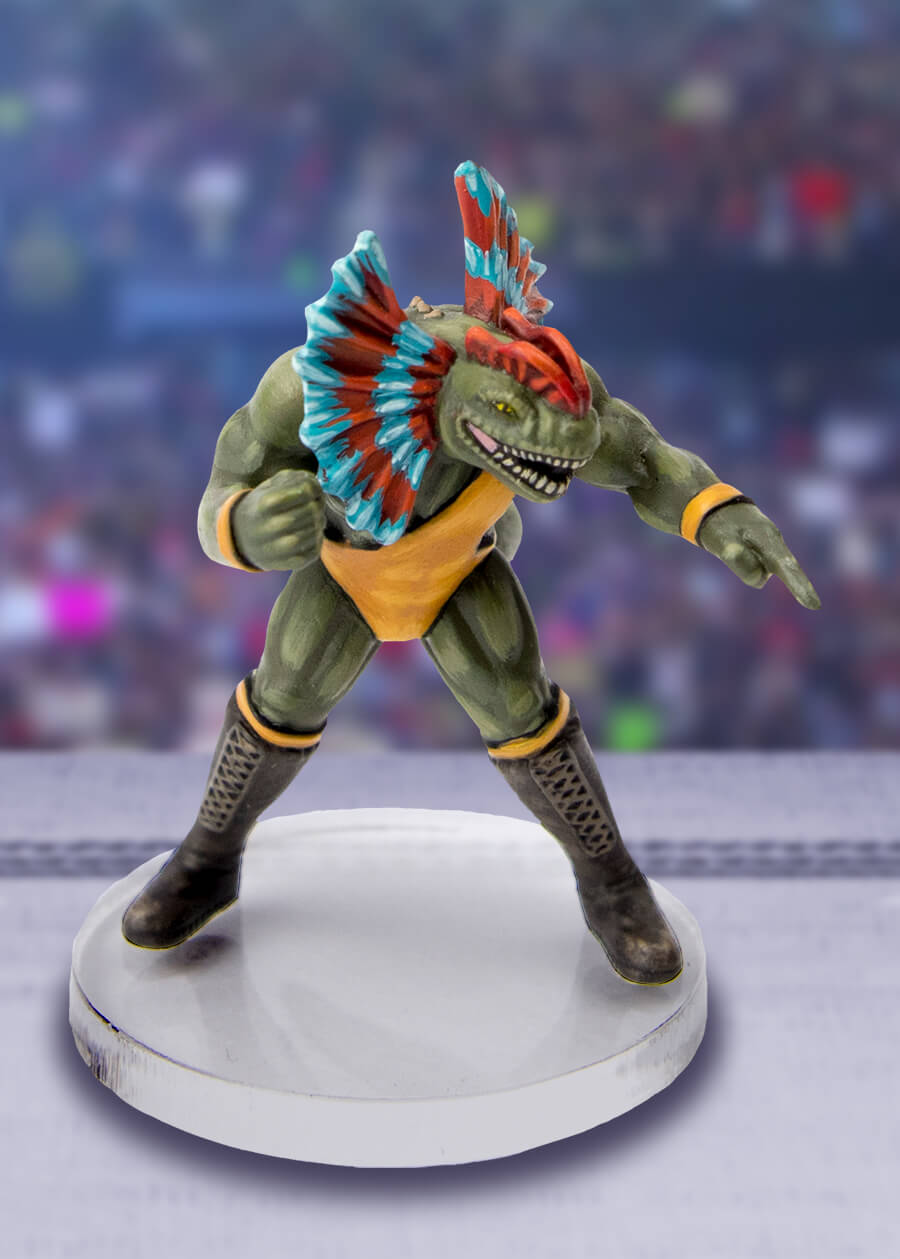 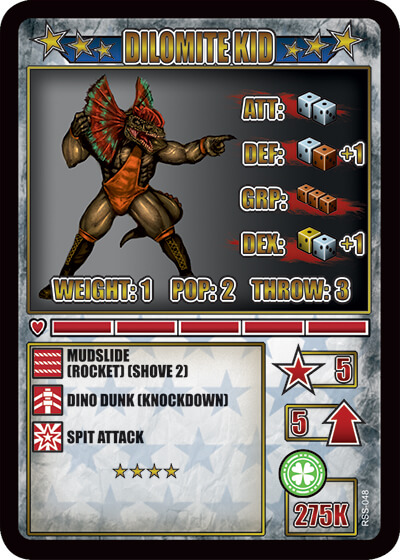 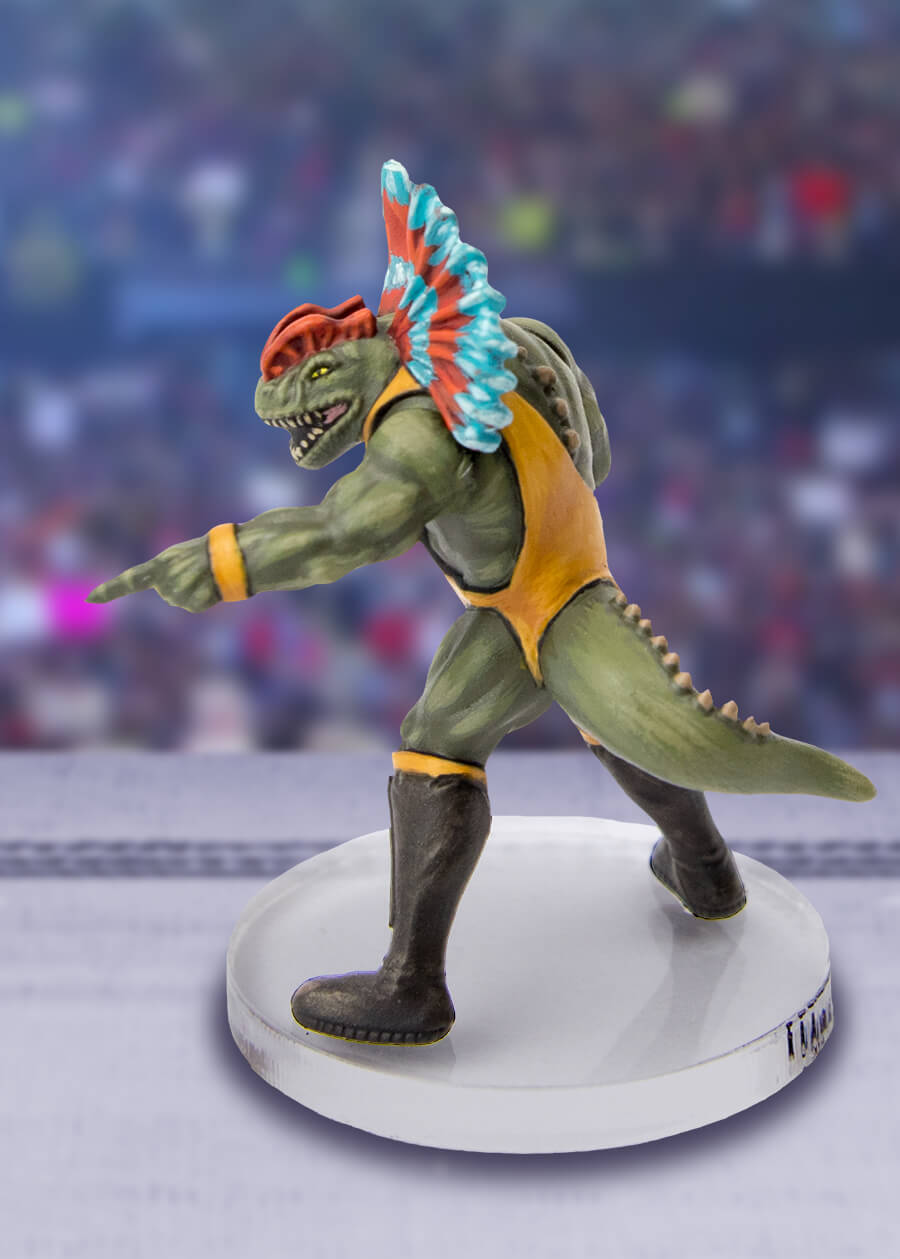