The Greek is here! An absolutely powerhouse of a wrestler, we met him yesterday, and today we’ll talk about how to use him in the squared circle.

Lots of silver dice floating around his stats, with a single Gold and a +1 thrown in for good measure. That’s a solid line up, rounded out with 8 Stamina, 4AP, 4MP, and a whole host of special abilities. This guy is like a Human Brawler and a Human Grappler mixed together on Sprite Steroids!*

Of course though, all Superstars are made in their special abilities. So let’s dive in.

First thing of note is that The Greek has FOUR abilities – a Grapple, a Rope Ability, a Turnbuckle, and a Passive!

Hell Hold is going to be a go-to move, as for 2AP it does 2DMG and reduces your opponent’s MP to zero! That’s a big finisher for the round.

Big Kick is my personal favourite, as for a measly 2AP The Greek can rocket across the entire ring and deliver a kick that can Throw the target from the ring! That’s a potential ring out against any opponent from across the ring for only 2AP. That’s a move to watch out for. Of course, it only works to throw your opponent out when you bounce from the corner of the ring, but don’t forget that you can always throw your opponent into the ropes for a bonus attack!

Spartans’ Glory is his Turnbuckle Ability, and it deals a massive 4 Damage with a great chance of a Beatdown!

Of course, no wrestler is complete without their Crowd Pleaser, and The Greek’s is one you won’t want to skip. It permanently increases his ATT, DEF, GRP, and DEX by +1 Silver when in base contact with two or more enemy wrestlers! That turns his already solid statline into overdrive, making him an extremely tough opponent to face.

Finally, No Surrender, No Retreat ups his DEX to 3 Gold when rolling to stay in the ring. That means you pretty much HAVE to KO this guy before having a chance of getting rid of him.

All in all, those are some incredible abilities that really turn this wrestler into a must-have for any Kaiser’s Palace team, and a great shoe-in for any other team! He performs particularly well as a blunt instrument, using his Big Kick to deliver ring out after ring out. Watch out though, as if you rocket him across the ring on his own, he’ll be open to a counter-attack from the rest of the enemies! That said, even a suicidal Big Kick against a particularly tough opponent can make his Dosh back in a single action! Make sure to line up your attacks properly, and if you see an opponent hugging the ropes, make sure to get The Greek into position to make the most of their folly!

So how do you stop a wrestler like that? Well, you absolutely MUST beat him up. You won’t be able to throw him out while conscious, so get stuck in! His DEF is really good, so go for him with grapplers, or lift and throw him at things (the turnbuckle or the ropes are good things to throw him at). Be careful of your positioning though, as once his Crowd Pleaser goes off, you’ll want to spread your team out so he can’t get much use out of that huge stat boost. Send in one wrestler at a time, and make use out of the Shove special rule to get him into the right place to chain your attacks throughout your team! Best of luck, this guy is not to be trifled with!

* There is no evidence that The Greek uses Sprite Steroids. 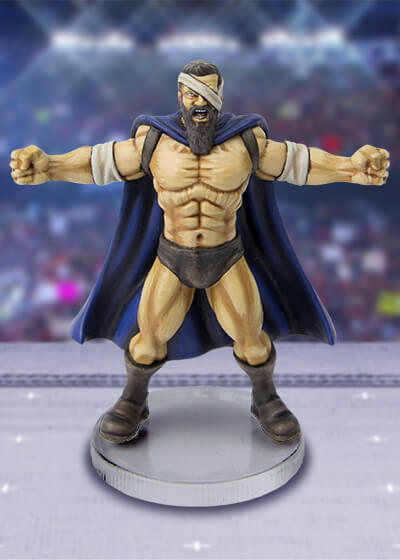 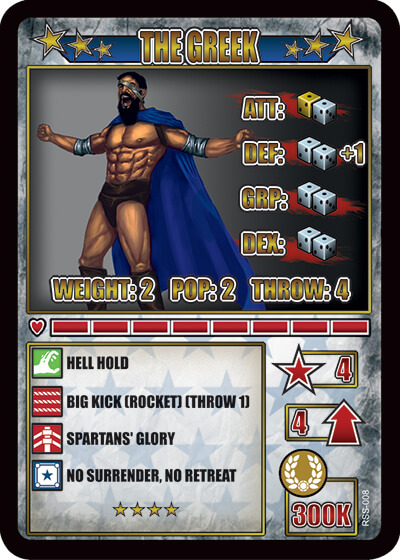 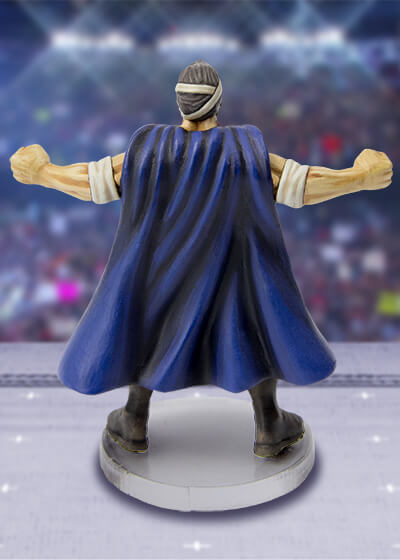