Green Grables is our superstar today! She’s the arch-nemesis of Lumberjacked. Her home was uprooted, and she’s entered the ring looking for payback.

The product page says that she’s a great mix of Amazonian and Sprite, so exactly what does that mean?

Her stats definitely don’t say “Sprite”. She looks like an upgraded Amazonian trading in some Defence and Dexterity for Gold dice, and adding more to her Grapple. Along with a couple of great +1s, meaning that the chances of her getting thrown out of the ring while conscious are quite slim! With 8 Stamina she’s a long way from a Sprite too! Finally, let’s always consider that she is in the lowest price band of superstars, coming in at a tiny 275K.

She also has four special abilities!

Full Nelson is a Grapple Ability that does Dazed and -1AP (just in case Dazed doesn’t work out!), which is an absolutely crippling combo against many wrestlers. It can really mess up your opponents plans. Clothes Vine is a hilariously named Rope Ability that does the ever-useful Knockdown. Treetop Drop is identical to the Amazonian Brawler’s Turnbuckle Ability, and is a fine way to deal 3 Damage with a free Crowd Pleaser on top. So far she sounds like a capable wrestler with a bunch of tricks.

It definitely seems like the Amazonian/Sprite descriptor is fitting!

In game she ends up with a lot of abilities that can be of use. While she doesn’t excel in any one discipline and doesn’t deal out and out damage, she has a complete toolbox of special rules allowing you to use her to her best in different ways each round. Need a wrestler crippled for next round? Full Nelson. Need a wrestler Knocked Down for the Amazonians to jump on? Clothes Vine. Need that extra damage inflicted? Treetop Drop. Your team looking a little worse for wear? Healer and Crowd Pleasers. She really can do a little bit of everything.

But you know the old adage: jack of all trades, master of none. The flexibility that Green Grables brings is also her biggest weakness. With no one strong element, she’s equally likely to get picked off by any other wrestler. When using her that’s actually quite liberating as there aren’t any particular styles of opponent you need to keep away from. When facing her that means that you can send almost any wrestler her way and have a good chance of doing some damage.

For 275K she’s a brilliant support character. She doesn’t break the bank, and can sub in for a multitude of weaknesses in your team. She’s obviously a good choice for The Timber Fists, doing what they do just a little better. She’s also brilliant with The Cold Bloods, her all-round nature fitting in well with their in-team synergy. She also goes well with any high defence team that can protect her, like The Runic Thunder. But equally she excels when paired with The Raging Beasts or The Green Bruisers, where her healing comes into its own. Basically, if you’ve got a few little holes in your roster, she is a good choice! 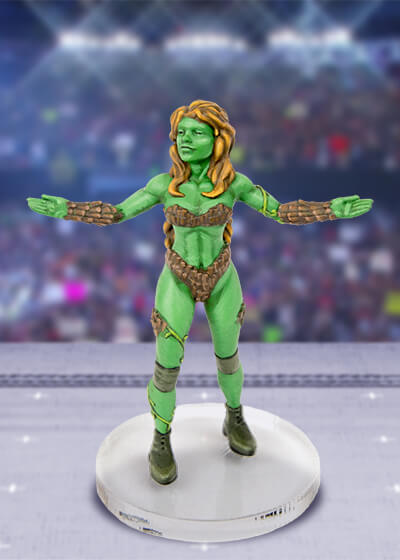 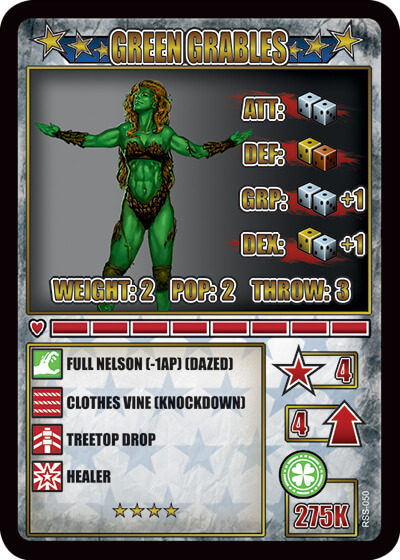 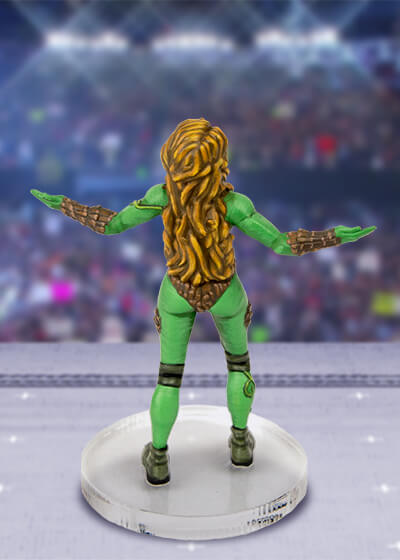