We’re going to be looking at a mean Dwarf today. He’s a biker, he’s smoking (SHOCK), and he’ll whip you with a chain. It’s Lord of Anarchy!

This wrestler has the by now all-too-familiar stats you’d expect of a Dwarf. He’s got great Defence, high Stamina, and low MP. He combines this with a lovely 3 Silver Attack stat, and a really nice 1 Gold, 1 Silver +1 Grapple. He also a lot swifter than your average Dwarf, adding an extra Gold die to his Copper Dexterity. That’s already a great statline for a superstar. So what else does he do?

Lord of Anarchy is one of those rare wrestlers with all three types of basic Special Ability.

Choke Chain is a Grapple Ability that forces your opponent to subtract their lowest die from their GRP, meaning it’s very likely to get through, and has a great chance of getting a Beatdown.

Road Rash costs 3AP for 3 Damage, but trades the multiple Silver dice for a Gold die on the ATT value, giving Lord of Anarchy a bit more reliability at the cost of potential high rolls.

And finally, Falling Angel has the extremely useful Shove 4 special rule. As it is Range 4, that’s a 100% chance of shoving your opponent either into the ropes (in which case you’ll definitely be able to get a free Rope Attack on them), or into the Turnbuckle for extra Damage and Dazed. Alternatively, you could attempt a Crowd Pleaser with the mean Dwarf, which swaps Shove 4 for Throw 2, giving you a great chance to KO a wrestler and then immediately throw them out of the ring.

With his low movement and great Turnbuckle Ability, Lord of Anarchy is right at home in the corner of the ring. Let your opponent come to you, and deliver a savage Beatdown upon their arrival. Or wander over to your opponent and use him to soak up damage! With 9 STA and a great Defence and Grapple, he’ll be able to take a beating and still hit back.

Pair Lord of Anarchy with The Deadly Divas for a wrestler who can act as a bodyguard to your Entertainer. Just make sure your High Flyer is off on a different Turnbuckle (not hard with her mobility). Or put him with The Raging Beasts to counteract their low Defence.

Or for a great pairing, put him with Shamblefist! Oh wait, we haven’t released him yet, have we? Okay, umm… forget I said that. Unless you were a Kickstarter backer or an event attendee. As a walking turnbuckle, he can give Lord of Anarchy a great platform to launch from.

Of course, like all wrestlers, he does have his weaknesses. If you see him across the ring from you, just keep him there. Find some way to get him into the centre of the ring where he won’t be able to bounce off the ropes to aid his naturally low movement. Hit him with a -MP attack for added humiliation. Send in some brawlers, and try to avoid committing your grapplers, as his Choke Chain will make a meal of them. 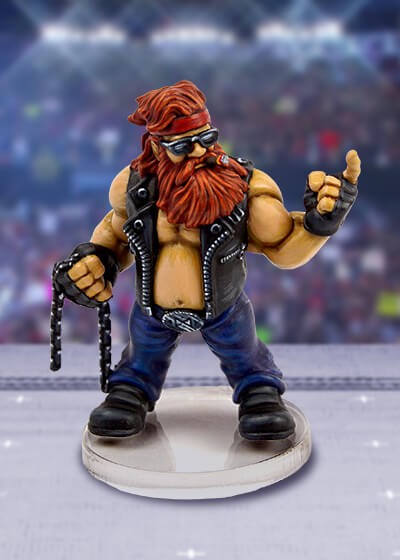 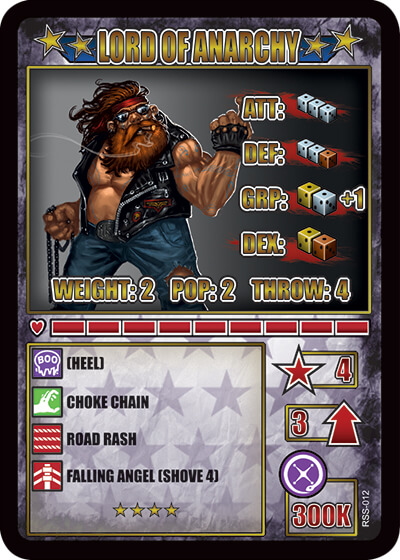 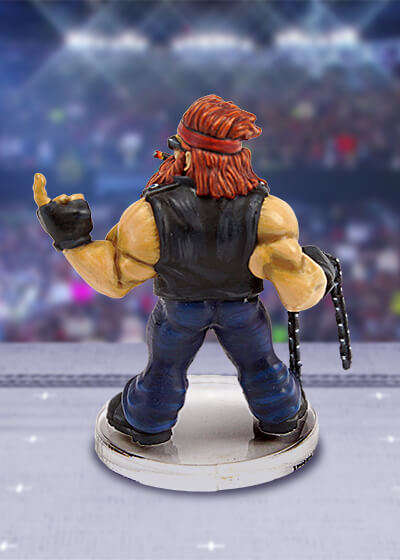