29th August 2017
The Nut is one of the most requested wrestlers that appeared in the Kickstarter, so of course we kept him locked up in the TTCombat offices until now! If you met him, you’d realise why…

He’s a great miniature (in one piece!) with bags of personality. That personality is that of a raving lunatic, but hey, whatever floats your boat!

Game-wise, he plays like you’d expect a madman to play! He bounces around the ring slamming into other wrestlers, and not picking anyone up at all!

With 2 Gold on his ATT stat, that’s about all you need to know, really! Oh wait, also 3 Silver +1 on his GRP and DEX means he’s almost impossible to pin down. He has a ridiculous 6MP and 5AP, but of course a THROW of 0. His Straightjacket Passive Ability stops him from making any Grapple, Lift, or Throw actions (although try grappling, lifting, or throwing him and he’ll just jump out of the way or headbutt you!), which means he’s a very unique wrestler!

The Nut is all about dealing damage, so how best to do that? Well you could try for a Crowd Pleaser which gives his Brawl attacks the Dazed special rule? That’s a good idea!

Alternatively you could use his Screwball Slam Rope Ability, which not only deals 3 Damage, it has Shove 4, meaning there’s a good chance you’ll be able to follow it up by bouncing your opponent from the ropes or smashing them against the turnbuckle!

Speaking of turnbuckles, Leaping Lunatic is a Turnbuckle Ability that does 4 Damage on 2 Gold dice (meaning that big beatdown is on the cards). It has a range of 5, but High Flyer means you can increase that up to your MP (which is 6 remember). Not only that, but if The Nut pulls it off, he springs back up on to the nearest turnbuckle, ready to do it again next round!

All of that combined gives a wrestler who can put some serious hurt on your opponent’s team, and is really hard to catch! He’ll be springing around the ring round after round, putting out a lot of damage. Just make sure to pair him with a good grappler (like a Twisted Shadows Gorgon for example) to clean up his messes! A good tactic is to keep him until later on in the round before activating, as then the opponents you damage won’t have a chance to get back up again before you can activate someone else to throw them out.

Of course, one of his biggest strengths is the fact that he’s almost impossible to pick up or grapple. So if you end up fighting him, make sure to punch him out first! His DEF isn’t particularly low, but it is unreliable, so keep on putting the hurt on him and he’ll fall eventually. Try knocking him down first and then putting the boot in! That way he can’t get away!

If you’re thinking about including him in your team (and you should, he’s great), he pairs very well with quick teams and slow teams by complementing their strengths and weaknesses. He works brilliantly with the Deadly Divas who can always use a bit more attacking power, and also with The Heavy Pounders who really enhance his damage dealing by having a large amount of wrestlers able to grapple and throw opponents once he’s caused the mayhem! 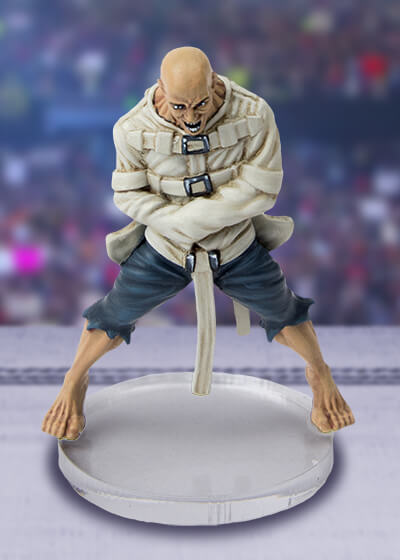 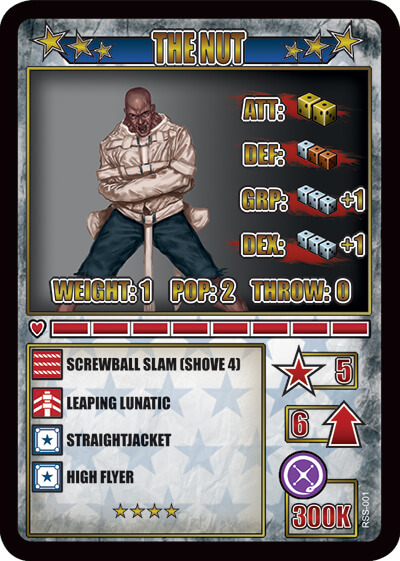 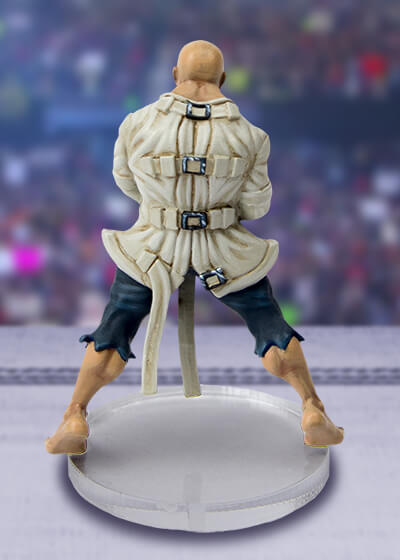